Did you ever wonder why female tennis players can look out of shape yet they still can dominate the sport and win majors? Following you’ll find an explanation that might surprise you.

According to a recent (Sept. 8th 2012) Wall Street Journal article “Why the USTA Benched America’s Best Junior” being in great physical shape is deemed important by Patrick McEnroe and his coaching staff.

But looking out of shape is not necessarily a performance limiting factor for female tennis players due to a positive shift in balance/stability capabilities; this phenomenon isn’t the same for male tennis players.

First of all, before we get started I want to add if Patrick McEnroe wants the players in the USTA program to be in great shape then:

Actually it would be great if the same applies to the coaching staff as well so they lead by example and set a professional environment but that’s another issue. 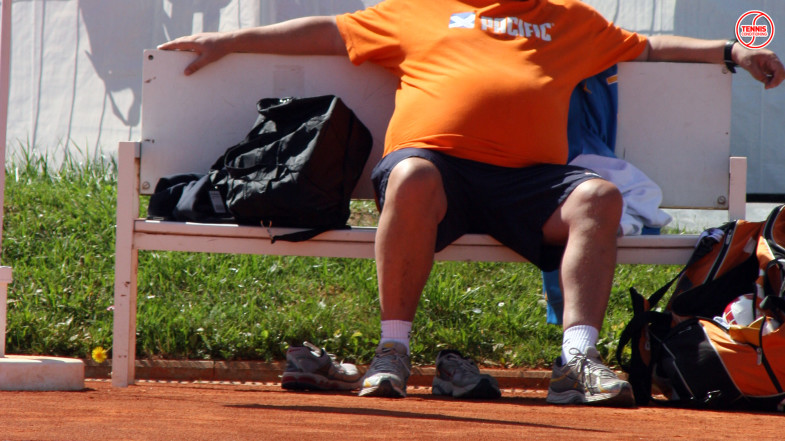 So, does a tennis player need to be in great shape in order to be successful?

Many strength and conditioning coaches would argue that, from a tennis conditioning standpoint, body fat is “dead weight“.

It doesn’t contribute to better athletic performance because the athlete has to carrying around more weight.

In other words, the less extra weight you have to to carry around the quicker you will be able to move around the court.

On the other hand, having low body fat% is associated with poor joint health. Shock absorption capabilities are corrupted (e.g. meniscus; knee), which also increases the risk for injuries. 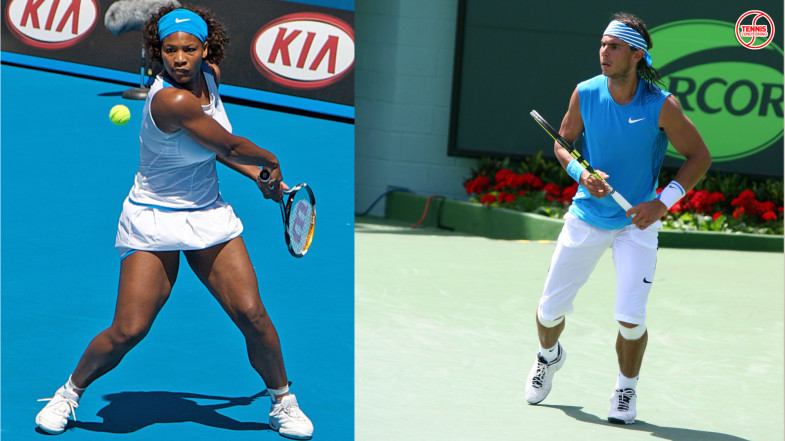 Whereas that phenomenon doesn’t translate well into men’s tennis, where most top players are in great shape.

The reason for this could have something to do with the storage location of body fat as it relates to balance and stability.

Since your ability to move quickly around the court is depending upon how quickly dynamic equilibrium can be attained and how well you can manage your body during and after hitting shots.

Balance is attained when the “center of mass” is within the “base of support” (legs).

But if it is lowered then it is easier to be stable.

Now, female tennis players generally store their body fat at the buttocks/thigh area (below the belly button) thereby lowering the center of mass.

On the other hand, male tennis players tend to store fat in the abdominal/”love handle” area thereby raising the center of mass.

Therefore, the guys cannot really afford to have some extra pounds without it negatively impacting their level of play.

The ladies, on the other hand, might not experience a bump in their level of play because better dynamic stability might offset any negative impact of carrying some extra weight around.

Apart from the physical aspect, being in shape also has a positive psychological effect.

It enhances the player’s self-confidence, which certainly has a positive effect on performance.

Also, overweight individuals, athletes and non-athletes alike, that lost “weight” and got into shape report that they:

By taking the aforementioned into consideration, it seems to make sense why Patrick McEnroe wants his players to be in shape.

Yet it’s not detrimental to success on the court for female tennis players.

Also, only a few people know Taylor Townsend’s situation (myself excluded) so it’s hard to conclude anything.

I certainly hope that she stays successful and is happy with herself and her decisions.