Home
fiber_manual_record
About the Author 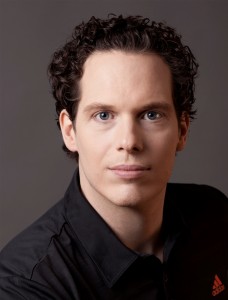 He was the Head Tennis Professional under the guidance of Australian tennis legend Fred Stolle at the Turnberry Isle Resort & Country Club in Miami, Florida, before he worked as a strength & conditioning coach at FIU with various NCAA Division I teams and professional athletes, such as NBA champion Antoine Walker, under the supervision of 13 year NBA Head Strength & Conditioning coach Mick Smith.

For the past five years Philipp worked as a tennis touring and strength & conditioning coach for Swiss national Alexander Ritschard. During that time Alexander won the Swiss National Junior Championships twice (singles & doubles), earned an ATP ranking at age 16, attained a career high of No. 65 junior ranking, reached a career high ATP ranking of 648 and won the 2015 NCAA Men’s Tennis Championship with UVa.

Philipp is the Director of Exercise & Sports Science at the International Association for Athletic Performance & Health (IAAPH), serves as an expert for Europe’s largest fitness company, McFit, and contributing author for the fitness & sports nutrition magazine LOOX.

He is the author of Advanced Concepts of Strength & Conditioning for Tennis which was published in 2012.