Tennis Conditioning Book: How I Ended Up Writing It 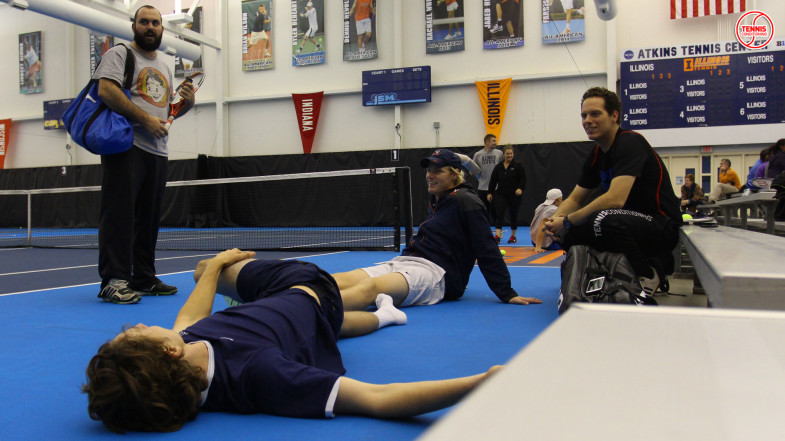 Getting in good physical shape and taking care of your body becomes more and more a necessity if you want to make it in the super competitive world of tennis.

You want to improve continuously without any setbacks due to injury but how can you do it?

Talking to coaches and players might help you to find out what works for them but how do you know if it will work for you?

Maybe you even consider buying a tennis conditioning book for your tennis and strength and conditioning needs but which ones are right for you?

I don’t know – that’s something you have to decide for yourself.

There are many good training tools and resources out there for tennis conditioning and it’s your job to pick the ones you believe are best for you.

I might just have some info for you that you’ll benefit from. Continue reading and find out for yourself!

The Early Days Before A Tennis Conditioning Book

When I was a promising junior tennis player I was traveling to any tournament I could get to with a good friend of mine who was also playing competitively.

Either our parents were able to drive us all over the place or we took the train to get there and even camped out at the tournaments in our small tent.

We had the love for the game and were determined. 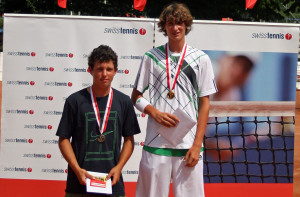 Road to the Top

Both of us were talented and got invited to partake in the tryouts of one of the state’s high performance tennis centers.

When we arrived we saw that we weren’t the only ones.

There were about 120 kids between the ages of 10-12, who were competing for 14 sponsored spots to train at the high performance center with some of the top coaches in our state.

First we all had an orientation, where we were watching some practice sessions of the older guys who made the squad already years before us.

Then we got some more info from the director of player development regarding the selection process.

We were impressed and dreamed about making the cut, that was the biggest goal!

So for the next 3 days we played numerous matches and the winners would move on, the losers had to go home.

It was insane, the players were fighting for every point and the parents were even worse, pushing and loudly encouraging their kids.

Fortunately for us we made it through to the final day and got selected – we made it.

The Beginning of the End 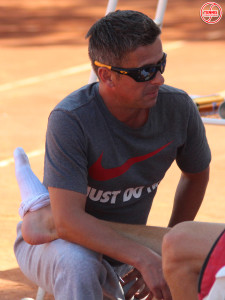 A few weeks later we started training at the high performance center 4 days per week and about 4 hours a day and that went on for a few years with ups and downs but all in all successful.

We were improving our level of play, doing well at the tournaments and climbing up in the rankings…but when we turned 16/17 years old things changed.

More and more injuries occurred, which prevented us from doing what we loved most: playing tennis.

Eventually the injuries became so severe that we decided to stop playing tennis competitively altogether, which was hard but we survived…even without playing Playstation or Xbox 20 hours a day.

To make a long story short, I tried and failed as a player but I had the continued love for the game and returned as a coach.

I attended Florida International University in Miami, got my Master’s in Exercise & Sports Science, wrote my first tennis conditioning book, Advanced Concepts of Strength & Conditioning for Tennis, and decided to pursue a career as a tennis and strength and conditioning coach.

During my time learning how to become a coach I attended different seminars, workshops and even completed a few tennis-teaching certifications. I learned:

and probably many more things that I cannot remember anymore but one thing I was most interested in was strength and conditioning for tennis because I wanted to be able to help people get faster, stronger and more powerful without causing injuries.

Unfortunately that wasn’t part of the certification curriculums I was exposed to and there was no tennis conditioning book available that would provide the answers to my questions.

I decided that I wanted to learn more about it so I applied for the Master’s program in Exercise & Sports Science at Florida International University (FIU) and I got accepted. 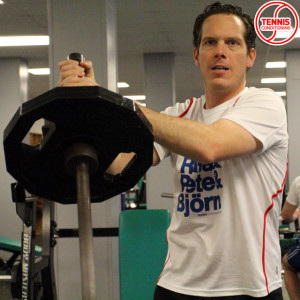 While I was studying I was overwhelmed with so much information about anatomy, exercise physiology, strength training, warm ups, sports nutrition, energy system dynamics, what to eat, when to eat it, how to eat it, and, and, and…but nothing was specific to tennis, which is what I wanted to learn about.

So I began taking all the general information and tried to apply it to my beloved sport of tennis. I didn’t have any competitive tennis players at the time so I was my own guinea pig.

I tried different warm ups and stretching exercises, learned all the Olympic lifting exercises, sprinted all over the court or on the track, hit thousands of balls against the wall, measured my own body fat and muscle mass, worked on agility…you name it, I tried it.

After many trials and errors I came up with various exercises and training routines that showed results.

I applied all nutrition information specific to the needs of tennis players and started writing everything down so that I could track my own results and develop my own tennis conditioning training programs.

Then towards the end of my studies I got the opportunity to work as the graduate assistant for Mick Smith, who was the Head Strength and Conditioning Coach at FIU at the time.

Mick had so much experience…he worked 13 years as a strength and conditioning coach in the NBA and with Monica Seles on the WTA tour…Mick had seen it all and I looked up to him and respected him for who he was. 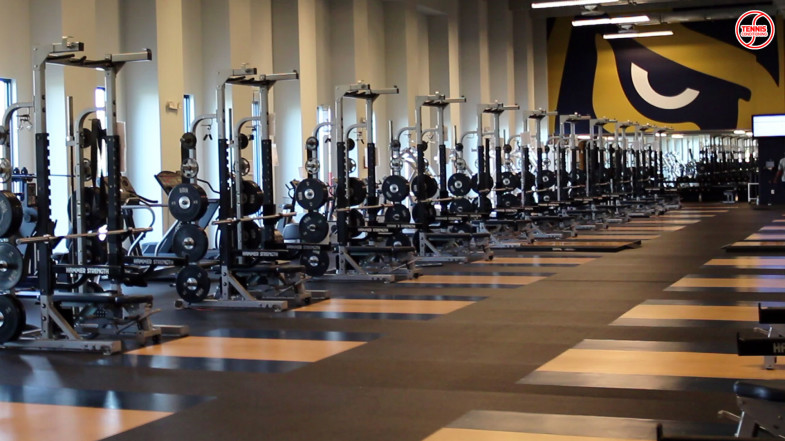 He took me under his wings, encouraged me and showed me a few things here and there, which was essential to my growth process as a coach but also as a person.

I felt then and there that I should give back and provide other tennis coaches with, from my point of view, valuable information that would help them.

The end result was the 1st edition of Advanced Concepts of Strength and Conditioning for Tennis.

There You Have It

All in all it took me three years from writing the 1st page to having the finished book in my hands and I sincerely hope that some coaches will benefit from it.

I know it looks like a lot of information on tennis conditioning but hopefully some of you guys will read all that stuff. Ok, at least some of it.

And one last thing: In case your eyes start bleeding from reading all those pages put down the book and watch some of the awesome exercise videos – hope you’ll like them!